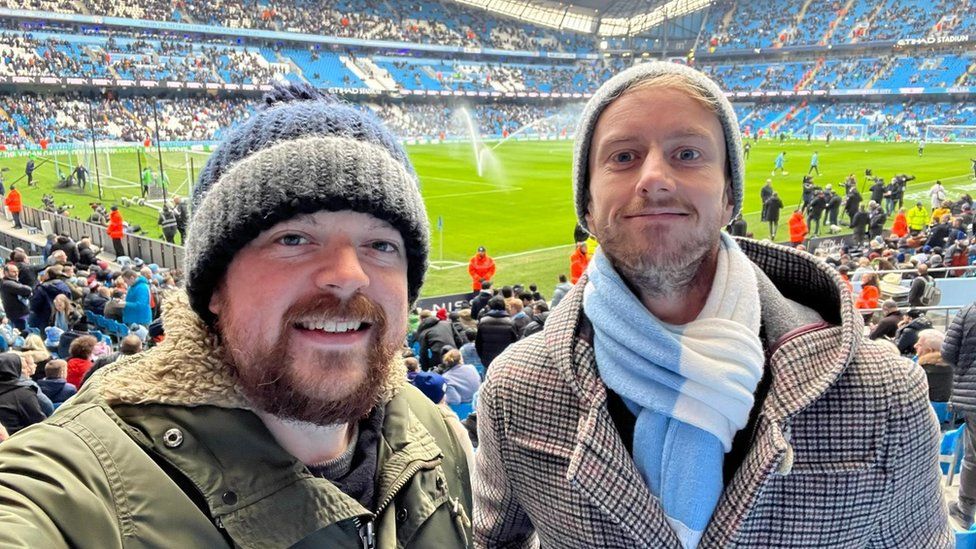 A gay Welsh football fan fears it is not safe for him and his husband to travel to the World Cup in Qatar.

No need to download the application SLOTXO hassle-free, just having a smartphone connected to the Internet can access online lot 24 hours a day.

Tournament organisers have said "everybody is welcome" despite homosexuality being illegal in Qatar.

But Seiriol Dawes-Hughes and husband Jamie said they would not travel this November, despite Wales qualifying for the first time in 64 years.

"Before my husband and I go on holiday, the first thing we do is Google gay rights in that country," he said.

"That's something that straight people do not have to do, but it's something that we do every time and it's remarkable how many countries that people go to regularly aren't safe for people like us, and Qatar is definitely one of those."

Fatma Al-Nuaimi, communications executive director of Qatar's supreme committee for organising the tournament, told BBC Sport this year's World Cup was a "tournament for everyone".

However, some of the Welsh national football team's staff, as well as members of Wales' official LGBTQ+ supporters' group, the Rainbow Wall, are boycotting Qatar over gay rights.

"This is front and centre for us as Welsh football fans and working in the industry," said Mr Dawes-Hughes, 35, from Caernarfon, Gwynedd.

"But there is no way I would go and it's an absolute disgrace that the World Cup is being held there."

First Minister Mark Drakeford has said Wales should "not look the other way" from human rights concerns, while FAW chief executive Noel Mooney said the team would use the event as a "platform" to discuss the issue.